PCOS and Fatigue - Why Are You Feeling So Tired? - PERLA Health

PCOS and Fatigue – Why Are You Feeling So Tired? 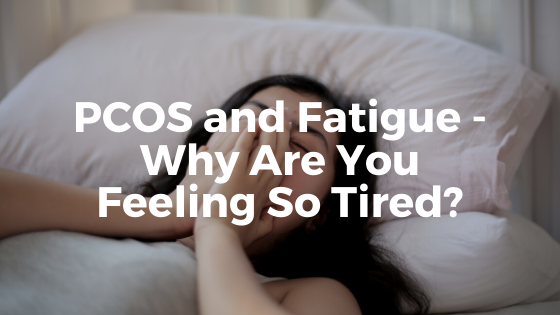 Many of us are overworked, stressed, and sleep-deprived, so feeling frequently exhausted is not unusual. But for Women with PCOS, fatigue can be more debilitating, as it can cause memory impairment, poor performance at work, and an overall reduced ability to fulfill social and emotional responsibilities. In this article, you will learn why PCOS and tiredness often go hand in hand and what you can do about it.

Fatigue is one of the most common complaints of women with PCOS. Normal tiredness can be relieved by sleep and rest. But excessive tiredness, also known as fatigue, can be overwhelming and seriously affect a person’s quality of life.1

Fatigue is also a common symptom of many other disorders. Your doctor will have to rule out other conditions that might be causing your fatigue and low energy. If it’s related to PCOS, your PCOS care team will develop a treatment plan to manage your symptoms.

The exact reason why people experience fatigue still eludes scientists. We know that inadequate sleep is strongly associated with fatigue, but it’s not the only reason. The reality of feeling tired is much more complicated and perplexing.

About 10% of people with chronic fatigue have an underlying medical disorder. The following are some of the common conditions that can cause fatigue.

Chronic fatigue syndrome, also known as, myalgic encephalomyelitis (ME) is a long-term illness that affects different systems of the body. It is characterized by severe fatigue, sleep problems, memory loss, headaches, and muscle pains.2 People with CFS often have overwhelming fatigue that is not alleviated by rest.  Many of them are not able to do their usual activities and may remain bedridden or house-bound for long periods.3

Anemia has been linked to fatigue, weakness, shortness of breath, and sleep disturbance. You may develop anemia if you do not have enough iron in your blood or if you are suffering from a medical condition that causes blood loss, such as hemophilia and menorrhagia (heavy menstrual bleeding).

Vitamin or mineral deficiency can also cause frequent tiredness. B vitamins are vital for converting food into energy. Vitamin B12 (cobalamin) is often promoted as a cure for fatigue since this nutrient plays an important role in maintaining healthy blood cells, brain, digestive, and nervous system.5 Vitamin D deficiency has been associated with fatigue, weakness, headache, and musculoskeletal pain.6

Burn-out is an occupational syndrome described as a state of physical, emotional, and mental exhaustion. You may experience burn-out if you are exposed to excessive and prolonged stress in your workplace. While it’s not a disorder or a mental condition,7 it can be considered a mental health issue.

Mood disorders, such as anxiety and depression, are common causes of fatigue. There is evidence to suggest that depression can precipitate chronic fatigue syndrome.8 About one-third of patients with major depressive disorder (MDD) who have responded to antidepressants still experience some symptoms of fatigue.9

PCOS is not a direct cause of fatigue. The link between the two is unclear but not surprising, given that the syndrome is known to affect different systems of the body other than the reproductive organs. PCOS in itself is associated with a range of conditions that can cause fatigue.

What Can Cause Fatigue in PCOS?

Even though there is no clear answer yet on what exactly causes fatigue in PCOS, there are several likely causes that are contributing to it:

Fatigue, or excessive tiredness, affects many women with PCOS. It currently is not clear what exactly causes it, and research about the connection between fatigue and PCOS is still going on. If you are affected by fatigue, make sure to mention it to your doctor or PCOS care team, as they can help you best.