Why I Started PERLA Health: My PCOS Journey 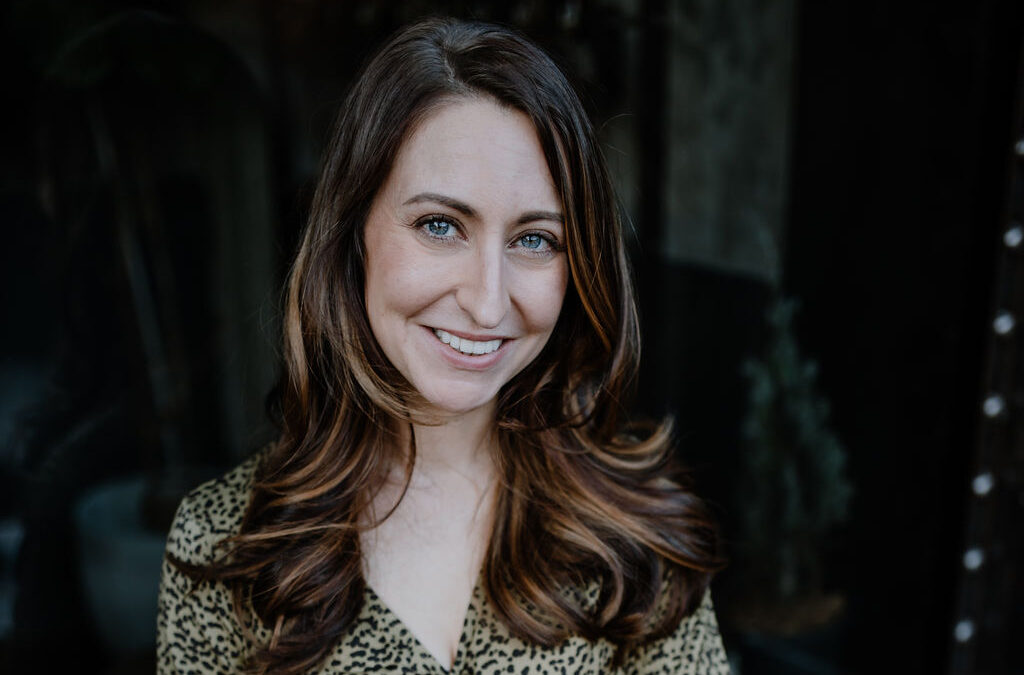 Hi there! I’m Kathrin, PERLA Health co-founder and a fellow PCOS patient. You’re probably curious who I am and why I do what I do, so I’ve decided to write this post to share a little more about me, my PCOS and journey and the reason why we started PERLA Health.

“I didn’t even know PCOS was a thing!”

For me it all started when I hit puberty. My skin got worse, I started to have a pretty elaborate hair removal regimen rather early on and my periods were anything but comfortable. I didn’t think much about it and was mostly busy figuring out how I could best hide those “cosmetic imperfections” and get through yet another painful cycle. Why didn’t I seek help? Well.. The truth is that I was far too embarrassed to bring it up. I didn’t feel comfortable talking about it with my friends or family, let alone a medical professional. In my mind I had just gotten unlucky, but never thought that my symptoms were related to a medical condition. I didn’t even know that PCOS was a thing! What followed were many years of struggles with self-esteem and social anxiety.

If you know me, you would be surprised to hear that. And the truth is that I spent a large part of my early 20s trying to prove my worth. Through academic achievement, through successes at work. Truth is that I felt like I needed to “make up” for my appearance. I don’t know how much money I spent over the years dealing with everything that I felt was wrong with my body. Hair removal specialists, dermatologists, diet books, fitness fads, make-up… I remember two occasions, when I brought up my issues – once with a general practitioner, once with my OB-GYN. Both told me, that I just had to cope, and that there wasn’t much they could do. Basically I was on my own managing an army of specialists, whose sole responsibility was to make me feel somewhat ok.

In my early 30s I had enough. Enough of spending tons of money every month to go through the whole ordeal and discomfort of waxing appointments. I decided to get permanent hair removal and to finally get rid of the problem once and for all. When I turned up at my initial consultation a couple of weeks later I was given a number of informational pamphlets, that I thoughtlessly threw into my bag at the time. A couple of days later, while waiting for my bus and searching for my headphones in my bag, I found them again and decided to have a look.

“Certain conditions like PCOS, hirsutism or hypertrichosis can affect hair growth.” I read this sentence and then re-read it. I had never heard of any of these things. As one does, I started to google. You can probably imagine how big my eyes got, when I read up on what PCOS was and which symptoms were often associated with it.

Had I had PCOS my entire life? Was it not just me, that was weird, that was struggling? That night I couldn’t sleep and I kept re-reading definitions and blogs, joined all kinds of forums, where thousands of women were discussing their struggles and I eventually decided, that I needed to speak to a doctor. I was nervous and a little scared. I had read about all the terrible experiences other women had had. I figured, if I learned as much as I could and made sure I could ask the right questions, I’d have a better chance of being taken seriously.

“Getting Diagnosed with PCOS was bittersweet.”

I must have read every blog and article on the internet, when I was nervously sitting in my OB-GYN’s waiting room a couple of weeks later and truth is, that I somehow already knew. My periods had been off for a long time, my cosmetic struggles with hair and skin, the constant battle with my weight… And on this day 15-ish years after I’d first experienced symptoms I finally got my diagnosis: “Yes, you have PCOS.”

As said, I can’t say I was surprised. What was interesting for me though was that I was feeling a sense of relief. Finally I knew, that it “wasn’t just me”, that I wasn’t alone. On the other hand, I now had to come to terms with the fact, that I had a chronic condition. Like many other women, I was put on birth control, which frankly didn’t change much. What did change though was that I started to have more empathy for myself. I started to understand why certain things about me were the way the were and I became more patient. I’d spent my entire life being mad at myself. Why me? Why was I struggling? Having an answer was liberating. I now knew “the enemy” and while I knew it was going to take a while, I was determined to figure out how to live well with PCOS.

What helped me eventually was a combination of yoga, a mostly whole-foods plant based diet and a lot of work on my mental health. Today I think I live a well-balanced life and my PCOS is well-managed, but it took me a lot of trial and error to get here. I had to learn a lot – about PCOS, hormones, but also about myself and my body. The frustrating thing about PCOS is, that what works for one woman, may not work for another and a lot of the advice available for free on the internet is not evidence-based. I think I’ve tried every supplement there is, bought every e-book and oftentimes I was disappointed and felt like I was misled. When I was first diagnosed with PCOS I didn’t have access to great healthcare, so I was on my own, trying to figure it all out unsure which information to trust.

My mission today is to make life easier for those of you with PCOS, those of you who aren’t sure if they have PCOS and all of you out there supporting partners, daughters, sisters or friends struggling with PCOS. At PERLA Health we strive to create a platform you can trust and to provide top notch medical care and diagnostics in an efficient and affordable way. We’re only getting started, but I sure how you will join me and the PERLA Health team as we strive to help you spend less time managing PCOS and more time living a fulfilled, happy and health life. You deserve it.